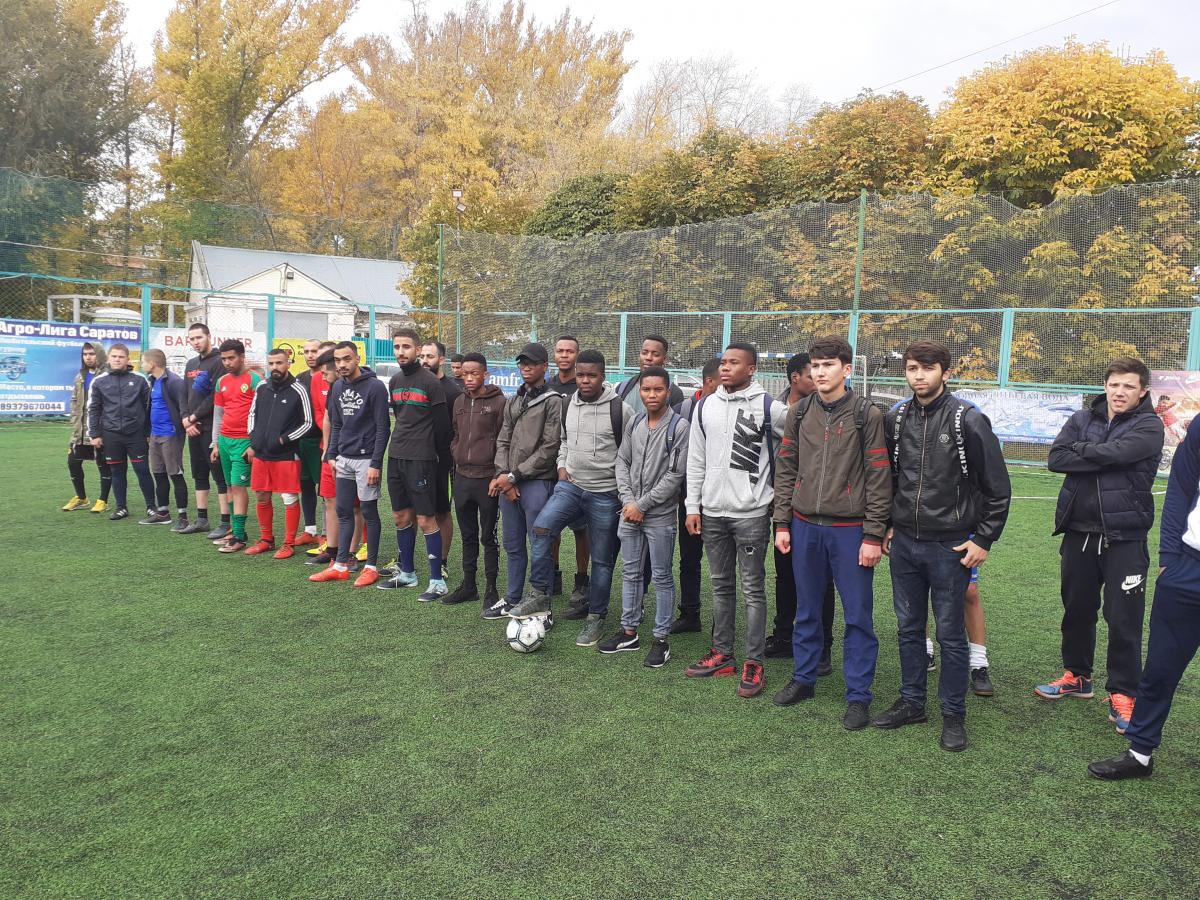 Last weekend, on the open football ground of the Criminal Code No. 3, the rapprochement mini-football tournament was held among the nationalities living in Saratov and the Saratov Region. The composition of the teams “Kazakhstan”, “Bashkortostan”, “Turkmenistan”, “Armenia” and others included the residents of our region. Foreign students from Iraq, Angola and other countries also took part. Saratov GAU was represented by teams from South Africa, Morocco, Turkmenistan, as well as the team of SSAU and SSMU from Jordan. Almost 2 dozen teams fought for the main competition cup for two days.

The honorary guest of the sporting event was Dmitry Evgenievich Konusov, First Deputy Minister of the Ministry of Internal Affairs and Public Relations of the Region, who greeted athletes and guests at the opening ceremony and noted the high importance of friendly, respectful relations between different nationalities.

The teams from Armenia and Turkmenistan met in a duel for 3rd place, ending 3-2 in favor of Armenia. The teams from Dagestan and Russia played in the final match. The main time of the meeting ended with a score of 3: 3, and in the penalty shootout Dagestan was stronger.